AMJ has concluded an exclusive sales agreement for four-die forging devices (FDFDs) with Dr. Viktor Lazorkin (Lazorkin Engineering, LLC) of the Ukraine. Four-die forging devices are used for the production of high-quality steel materials that require high-mechanical strength. They work by horizontally applying pressure to the material simultaneously from all four sides.

The FDFD was developed by Dr. Viktor Lazorkin of the Ukraine, a country that has traditionally had a thriving steel industry. It is now employed in a number of major steel producing countries, including Russia, Germany, Italy, and China. One of the most appealing features of the FDFD is that it is relatively easy to adopt, because it can be fitted to an existing hydraulic forging press.

The FDFDs we offer are designed and made to order in accordance with the specific facilities and manufacturing environment of each customer. 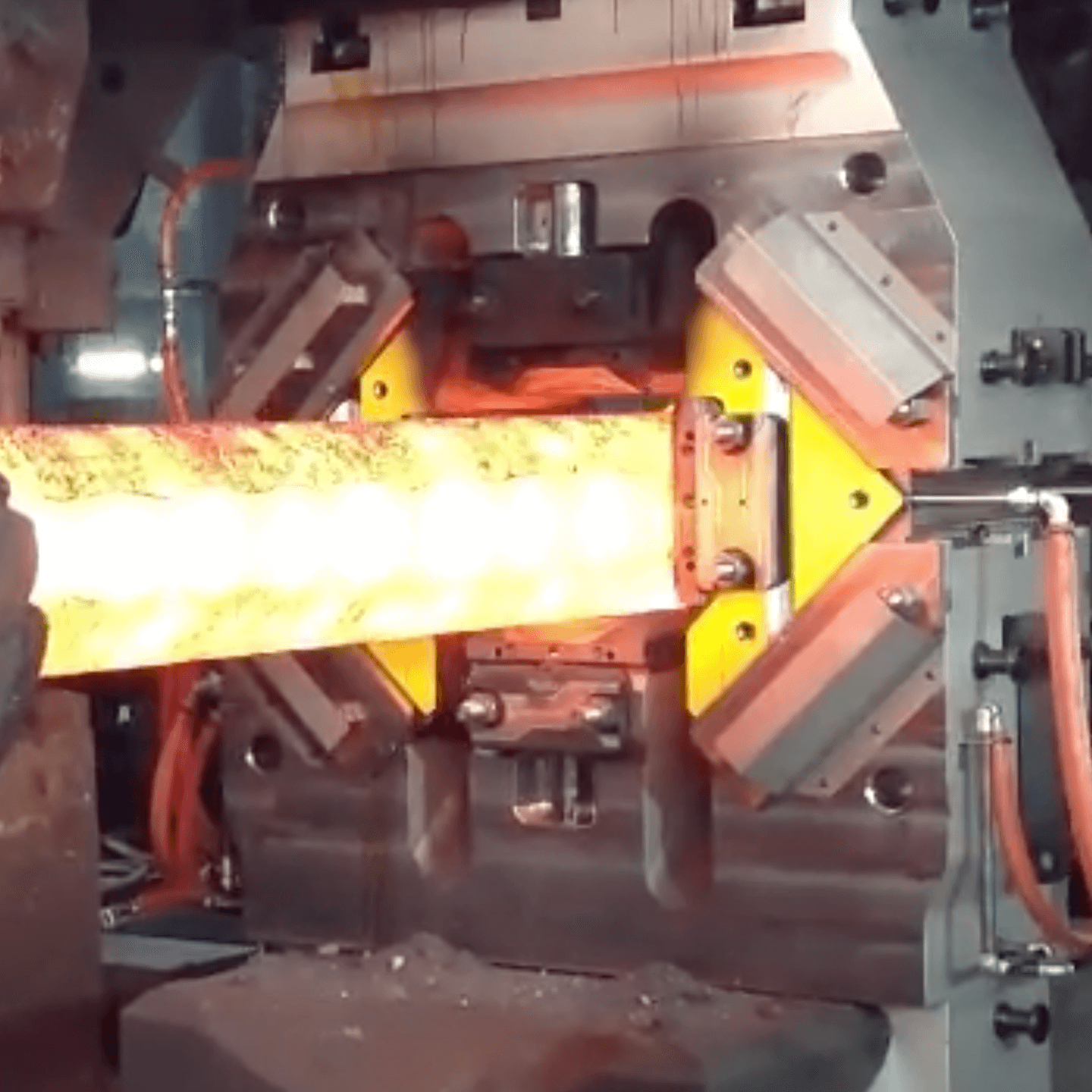 Since pressing occurs simultaneously on all four sides, there is no horizontal extension of the metal, resulting in forgings of very high dimensional precision (approximately 2 to 2.5 times lower tolerance and 1.5 times lower tolerance interval). This increased precision increases the efficiency of finishing processes significantly. Studies have reported that an FDFD can save about 40 to 50 kg of metal per ton of forging production.

Since an FDFD reduces the number of strokes needed for producing forgings of a prescribed size and shape (compared to a conventional forge), the forging process requires less reheating between strokes, thereby greatly reducing energy consumption.

Compared to conventional forging methods, with an FDFD the cast metal structure is subjected to a deeper deformation process during the contraction schedule, without any release of stress. This results in the production of physically and mechanically superior forgings.


Advanced Material Japan Corporation supports the introduction of FDFDs in accordance with the needs and production facility specifications of its Japanese customers. To help customers evaluate the adoption of an FDFD, we can produce steel materials on contract using an FDFD in Russia or another country.

For further information ranging from procurement of
materials to practical applications, please contact us.

For further information ranging from procurement of
materials to practical applications, please contact us.